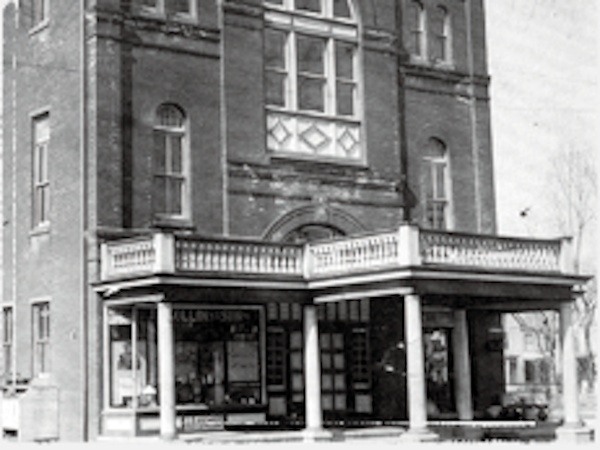 Completed in 1893, Collins-Pancoast Hall was home to both a building supply business and also served as a community meeting place and performing arts venue. John S. Collins, a sixth-generation Collins dating back to the seventeenth century, developed a successful coal and lumber business and then went to found and develop Miami Beach, Florida. Collins and his family's investment in the Miami area ultimately resulted in a building and tourism boom that helped the area grow into the urban community it is today. Though Collins left for Florida during the first decade of the twentieth century, The Collins family continued to operate the hall that not only served the business, but also the entire community as a civic and cultural center for numerous decades. A third-floor served as the Masonic meeting room from its 1893 opening until the 1970s. The Post Office used the building for a time, and the Merchantville Playcrafters used Collins Hall from 1937 until 1976.