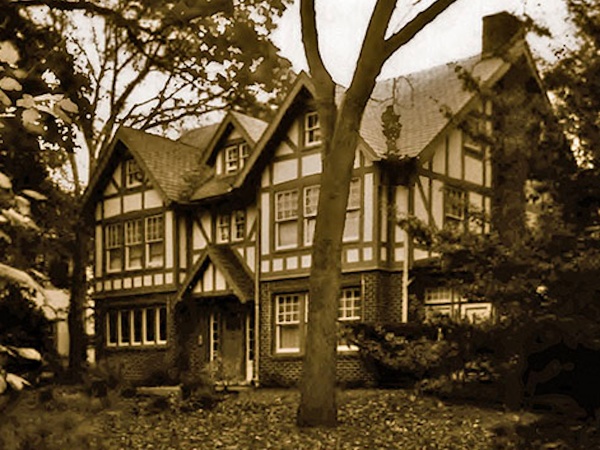 The Oaks Historic District was listed on the National Register of Historic Places in 1997. "The Oaks," located in Merchantville, New Jersey, is a planned neighborhood of upscale, early-twentieth century suburban houses envisioned by landscape architect George E. Rhedemeyer and developed by the Oaks Realty Company which he formed in 1910. Designed during the early years of the automobile age and for the most part, before the First World War, The Oaks became Merchantville's twentieth-century showcase and its gateway for vehicular traffic entering the Borough from Wellwood Avenue, later renamed Browning Road, and includes 320 W. Maple Ave., 101-201 (odd numbers) Browning Rd, 308-318 (even numbers) Volan St., and 1-3 Oak Terrace. The Oaks Historic District contains an assemblage of the period's revival styles, several representatives of which were designed by Arnold H. Moses, long-time Merchantville resident and the Borough's most prolific architect during the first quarter of the twentieth century. Because The Oaks contains a concentrated group of Merchantville's most fashionable residences associated with the automobile age of the Borough's developmental history, and the resources reflect the discrete plan laid out by Rhedemeyer and the architectural work of Moses, the district is eligible for the National Register of Historic Places. The period of significance begins with Rhedemeyer's acquisition of the land in 1909 and terminates around 1937 when the last of the initial homes in The Oaks was built. Photograph by Carol Benenson Perloff, 1996.