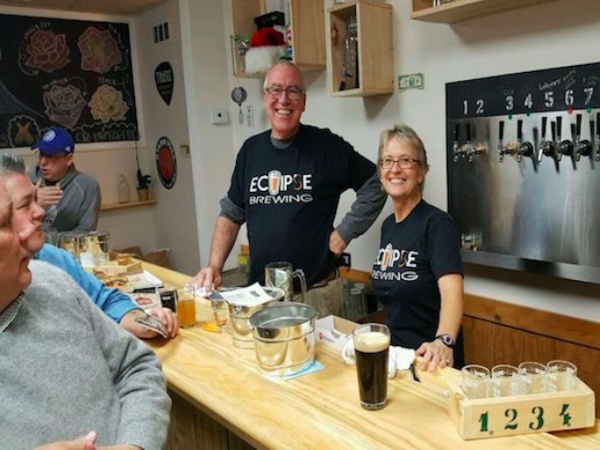 Maureen Fitzpatrick from Visit South Jersey recently stopped by Eclipse Brewing and was impressed by the size and variety. "It’s a rare day when you walk to the backyard of an attractive business and see beautiful green Centennial hops climbing a trellis. But that’s just what you’d expect after meeting a fun-loving man named Chris Mattern, owner of the “tiny” brewery on our next stop – Eclipse Brewing. He’s a man who enjoys the simple things in life, like horticulture and home brewing. On October 8th, 2016, Chris did something else he’s always wanted to do, an idea sparked by his wife Beth; he opened a craft brewery in Merchantville, New Jersey. And though small, perhaps one of the smallest in the state, the beer at Eclipse Brewing is big on taste." Read her full article.