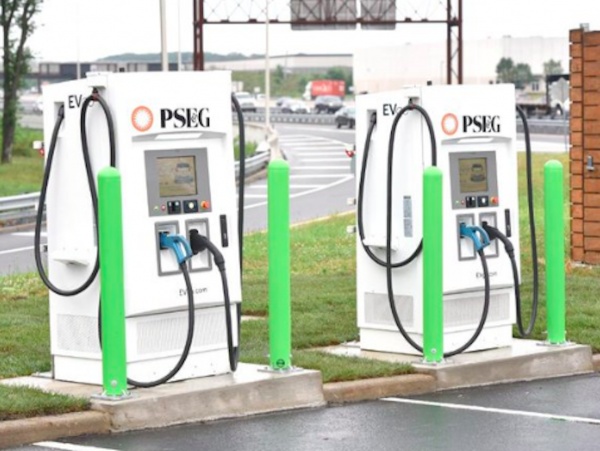 Transportation is the greatest source of greenhouse gas emissions and other air pollutants in New Jersey and the U.S. Electric vehicles can be game-changers when it comes to cleaning our air and reducing the cost of driving. The future of electric transportation is evolving rapidly, and PSEG wants to help it move along. Our utility’s NJ Clean Energy Future proposal supports the deployment of nearly 40,000 electric vehicle chargers across New Jersey. The obstacle that keeps millions of car-buyers from making the switch to plug-in vehicles is not the price, nor performance, nor the availability of an EV that meets their needs. It’s the lack of convenient access to charging stations. 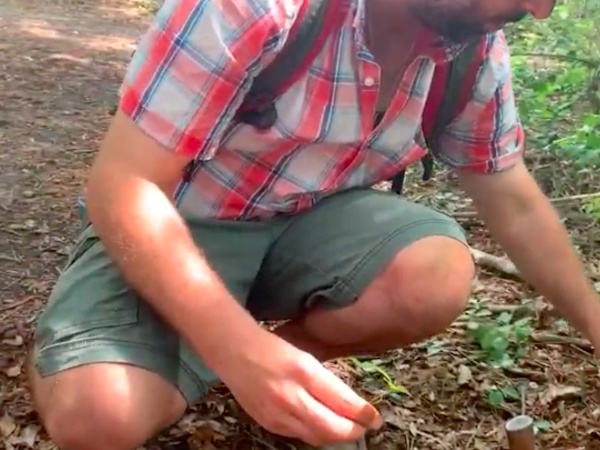 This Exit 19 Productions video shows Mike Casey foraging for food with his friend Chef Phil Manganaro. They find some berries, get mosquito bites and Chef Phil makes some homemade root beer. Exit 19 Productions is a group of comedians, writers, funny people and degenerates trying to make people laugh or give them a little bit of knowledge - hopefully a bit of both. 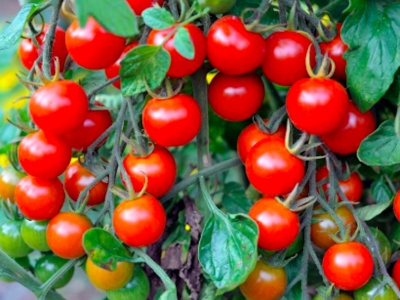 Freezing maintains the natural color, fresh flavor, and high nutritive value of fresh foods. The objective is to bring foods to the frozen state quickly. When properly done, fruits and vegetables are more like fresh than when preserved by any other method. Best of all, freezing vegetables and fruit is fast and easy. You don’t need a lot of time or years of experience to preserve garden-fresh fruits and vegetables. Organized in a friendly, food-by-food format, readers will find “The Beginner’s Guide to Preserving Food at Home” by Janet Chadwick an invaluable reference. Freezing, drying, canning, and storing instructions are available for each vegetable, fruit, and herb, and in many cases, several methods for freezing fruits and vegetables or canning food are described. 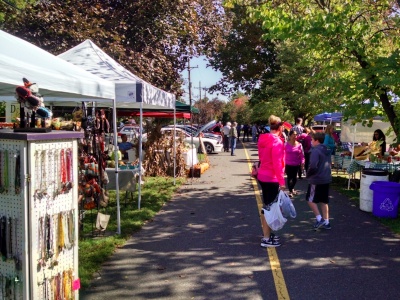 Merchantville's Market Off Centre is open today, and every Saturday between June and October, from 10-2. Come on down to our Rails-to-Trails Bike Path along Chestnut Avenue where the market provides an active family oriented atmosphere offering a variety of local, handmade, and homemade goods and services. Birdhouses by Britt will be a new feature at our market today! Interested Venders should email This email address is being protected from spambots. You need JavaScript enabled to view it. with information about your products or services.

Published in Market Off Center
Read more...
Tagged under: 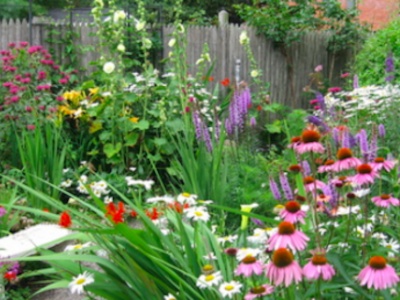 Did you know that you can rethink your lawn, create a Jersey-friendly yard and reduce your environmental impact? NJ native plants help conserve and filter water, provide habitat for native wildlife, protect soil resources, and reduce the costs and environmental impacts associated with fertilizers and pesticides.This year’s Jersey-Friendly Yards conference will be on Saturday, October 19th from 9:00 a.m. to 4:00 p.m. at Ocean County College’s Gateway Building in Toms River, New Jersey. There will be two fantastic featured speakers and “choose a workshop” sessions to learn how to put your Jersey-Friendly Yard into practice! Fall is the perfect time to add native plants to your landscape and New Jersey growers will bring a great selection of native plants ready for fall planting. 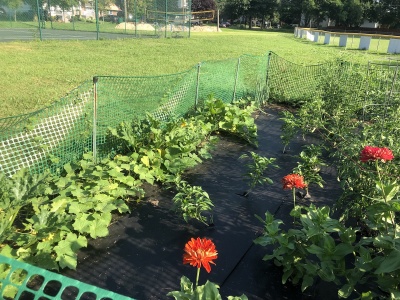 Merchantville has a Community Garden at the Community Center and from time to time, there are garden plots available.  Merchantville's Community Garden is a single piece of land located behind the baseball field at the Community Center. It is gardened and maintained collectively by a group of residents and students. Our community gardens utilizes either individual plots on this public land to produce fruit, vegetables, and plants for food and food sharing. Please contact Kris Donohue at kdonohue202@gmail if you are interested in having a sunny plot in this garden next year. 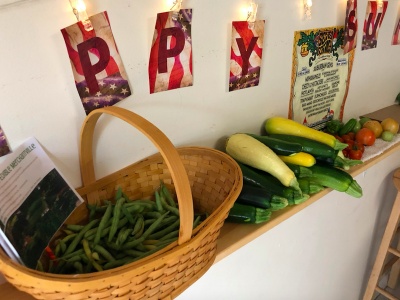 Come and get em! Zucchini, hot peppers, cucumbers, beans, squash, kale, turnips and tomatoes are available for free at Eclipse Brewing. At Incredible Edible Merchantville we love connecting people through food and food sharing. Although we're just getting our feet wet, there are many businesses in our community who are already doing extraordinary things. For some it’s about creating a garden, for others supporting food waste and food injustice. For some it’s about teaching people to grow and cook and for others it’s about ensuring people have that space to grow. For us all it’s about making sure our whole community can get involved. Eclipse Brewing and Park Place Cafe & Restaurant are business leaders in planting crops for food sharing and connecting to nature through locally foraged foods. 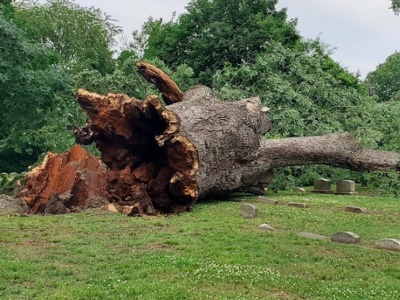 Ode to an Oak

Last month, the Salem Oak, the tallest white oak tree in New Jersey, toppled within the grounds of Salem Friends Meeting. In its honor, Meeting member Jessica Waddington wrote this obituary of the beloved county landmark. On Thursday, June 6 at around 6:00 in the evening, the stately Salem Oak lay down, after standing tall for an estimated 600 years. She was at home, in the Salem Friends Burial Ground on Broadway, in the small historic town of Salem, N.J. She had battled time, gravity, and Mother Nature for several hundred years, losing several limbs and requiring a great deal of care, before finally succumbing. She was surrounded by her descendants, the town that loved her, and a few hundred deceased Friends, all of whom benefited from her stately bearing, her ongoing endurance, and her deep roots that preceded not only the birth of this nation, but the European settlement of its lands. 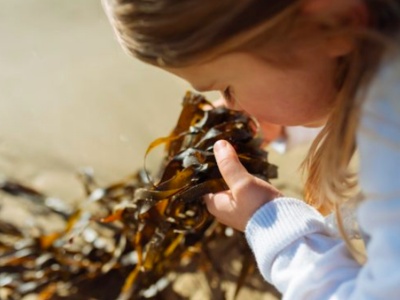 "2040" is not a sophisticated film, nor is it original, the ideas and arguments all having been developed by others. It’s not meant to be either of those things – engaging, persuasive and urgent, it’s an exercise in what you might call muscular hope. Filmamker, Damon Gameau's eco-commentary operates on a knife edge: if you’re critical of government policy, you’re derided as an Eeyore; constructive, you’re a nutty utopian. Gameau dances the middle path, outlining the intractable issue - carbon from transport, waste, farming, energy and ignorance - before focusing exclusively on two surprising solutions that deploy existing technology and address the climate crisis - things that are doable. 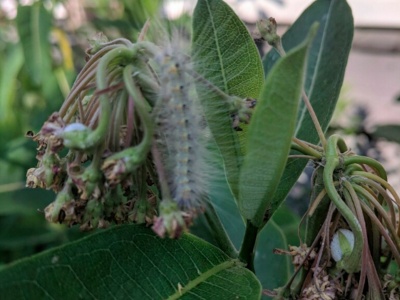 And so it starts! Well, it started with the eggs but I can never see them so here are some pictures of my milkweed plants, pods and caterpillars. I have about 75 plants and will offer the seed pods to anyone interested when they have finished growing. Awareness is rising around the importance of milkweed (as well as other native plants) for pollinators, because the fact is, planting the right species of milkweed for your area can be a huge help to monarchs and a number of other species. Milkweed is a beneficial wildflower. Planting milkweed is a sure way to help save the monarch. With completion of the status assessment in December 2020, the Fish and Wildlife Service will determine whether protecting the monarch under the Endangered Species Act is warranted.

And so it starts! Well, it started with the eggs but they are difficult to see so here are some pictures of my milkweed plants, pods and caterpillars. I have about 75 plants in my yard and will offer the seed pods to anyone interested when they have finished growing Monarch butterflies lay their eggs on just one type of plant, and that’s milkweed (genus Asclepias). While awareness is rising around the importance of milkweed(as well as other native plants) for pollinators we want to clear up any misconceptions. Because the fact is, planting the right species of milkweedfor your area can be a huge help to monarchs and a number of other species.