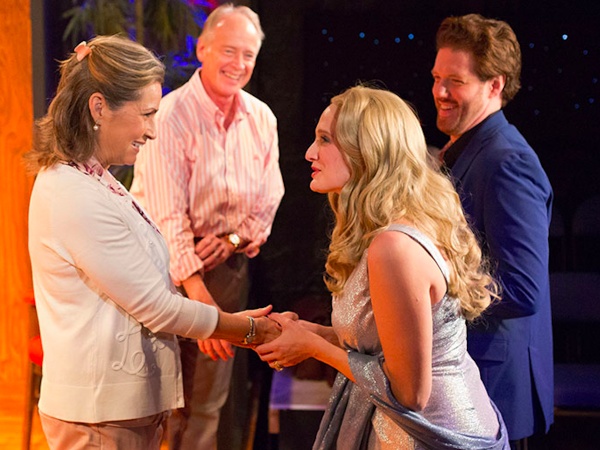 Greg Wood, Susan Riley Stevens and their family live in Merchantville. The couple are longtime theater vets who play Norm and his wife Corky in Steve Martin’s new comedy, "Meteor Shower", and bring seventeen years of marriage on stage in Martin’s comedy, playing at the Walnut Street Theatre through October 27th. Playwright and comedian Steve Martin is always quirky and always exceedingly funny. In "Meteor Shower" he takes an absurd look at how we deal with modern marriage. Set in 1993, they play a couple that invites another couple to watch a meteor shower - an engaging mix of cocktails, nighttime and a couple of couples. Read a review here.