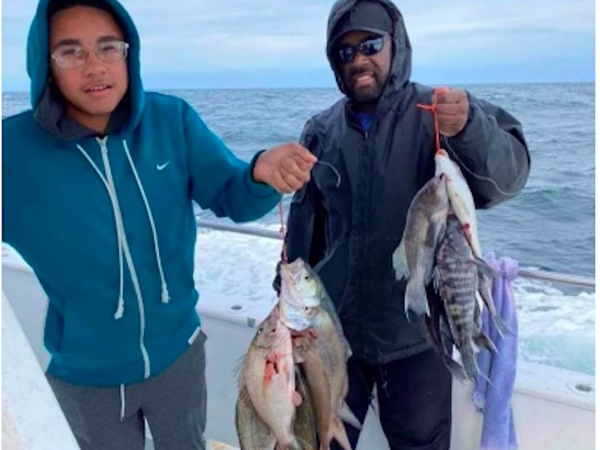 The 52nd Annual Ocean City Fishing Club Surf Fishing Tournament took place October 23rd, when 110 anglers from 19 fishing clubs, plus nine individual anglers, participated in the outing. During the tournament, 153 fish were caught - 133 sharks, 12 kingfish, seven kingfish and one, 10-inch spot. The prize for the largest fish went to a 17.5-inch needlefish caught by John Gustafson, from the Delaware Valley Surf Anglers team. The first-place team award went to American Angler Team “A,” with 72.75 points. RH Custom Rods Team Green was second, with 50 points, and third place went to the Merchantville Fishing Club Team “A,” with 44.25 points. Points were earned by the particular species and the number of fish caught. If interested, Merchantville's Fishing Club meets on the 2nd Monday of each month at the Merchantville Community Center at 8:00 p.m. 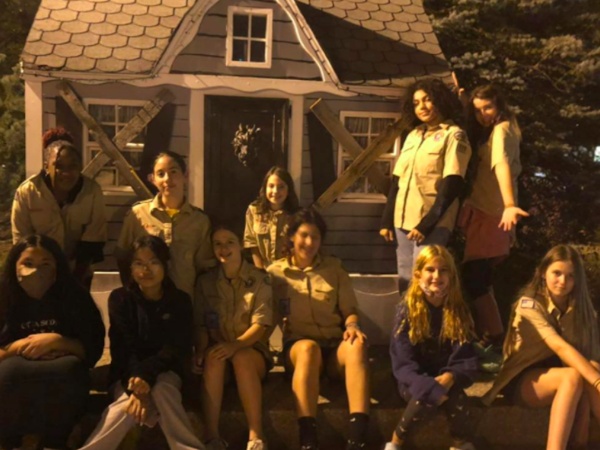 Did you know that girl and boy scouts from Troop 119 meet at Trinity Methodist Church every Thursday from 7:30 to 9:00 p.m.? Our girl scouts moved Witch’s House into position in Monsterville earlier this week. Annually, these club members have a fundraising events, host a Spaghetti dinner, move Merchantville's Santa shack into the center of town, compete in a Klondike derby and host a car wash. Once a month they go on a camping trip and during spring and fall host a clean up in  our home town. Email This email address is being protected from spambots. You need JavaScript enabled to view it. to get accesses to scout information 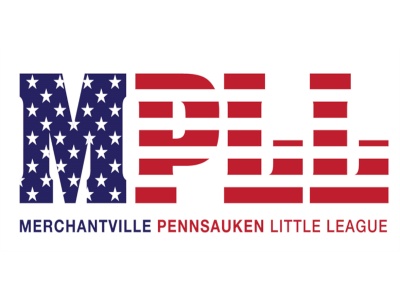 Fall Ball registration is open for all divisions of Merchantville Pennsauken Little League baseball and softball - except for tee ball. Online registration runs through August 26th. Offerings: Coach Pitch Baseball, Minor and Major League Softball and, Junior and Major League Baseball.  Season Dates: 09/10/2021 to 10/31/2021. Fee: $100. Mustang Softball registration is also available for high school age players at $160. MPLL is also looking for enthusiastic individuals who are interested in coaching softball or baseball for our fall and/or spring season. Questions about what's involved? Reach out to us via social media on Facebook or through our website or email us at This email address is being protected from spambots. You need JavaScript enabled to view it.. 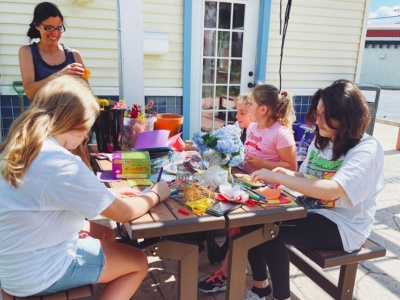 On Wednesday, June 23rd, Love in Motion Youth Group was at Charlie's Crepes spending a beautiful afternoon collaborating on an activity designed to spread a little love around our community! Charlie’s wife, Lisa Koory, who meticulously tends to Little Blooming Garden - a beautiful flower garden on site at the restaurant - generously donated jars, flowers and her time so youth group members could make little floral arrangements with cards and special sentiments for various members, teachers and businesses in the Merchantville community. Love in Motion was thankful for the opportunity to spread some love and highly recommends enjoying some crepes while taking in the natural beauty of Lisa's gardens! 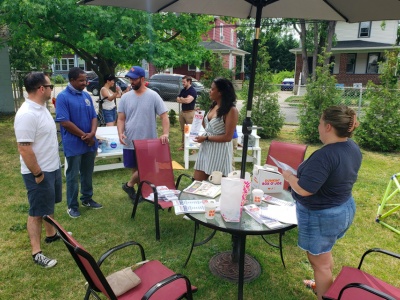 Written by Joan Brennan
Published in:Clubs
Merchantville Democrats are out talking with neighbors to support get the vote out. Cindy Morales-Butts and Dan Sperrazza are running for two Borough Council seats in the June 8th primary. Cindy has resided in town with her family since 2004 and is an Instructor and Program Developer at East Greenwich…
Published in Boro, Clubs
Read more... 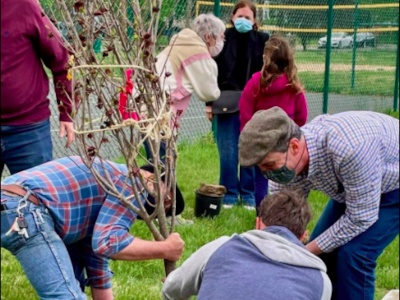 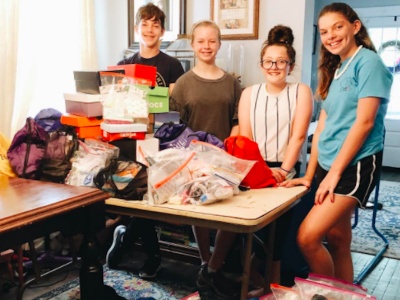 With warmer weather and more vaccinations underway, the Love in Motion Youth Group announced that they're resuming collection and donation activities and gearing up for some "clean-up" events. Right now, they are requesting toiletries, diapers and wipes during the month of June. They are gathering these items for their homeless outreach in Camden, as well as, South Jersey Mutual Aid. They only need the items listed, so please don't donate things that are not on the list. Items can be dropped off on the porch at 112 Locust Street and 24 Volan Street, Merchantville or can be picked up - just email: This email address is being protected from spambots. You need JavaScript enabled to view it.. As always, thank you for your kindness and generosity. Community matters! 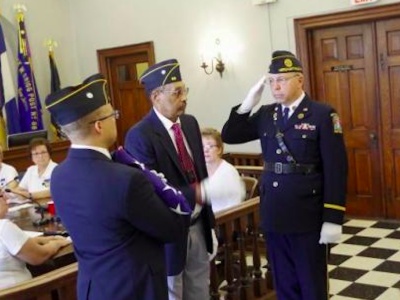 Written by Joan Brennan
Published in:Clubs
At the Camden County American Legion committee meeting, on April 15th, Merchantville resident John Brouse was elected as Camden County’s Commander for 2021-2022. John served in the U.S. Army and Army National Guard for 8 years in the Persian Gulf in support of Operation Desert Shield which became Operation Desert Storm. He's been the Post Commander for Merchantville's FW Grigg Post 68 American Legion from 2013-2021. The Post has been active in Merchantville since the early 1920s and hosts events like the Annual PTSD walk to bring awareness to the Veteran suicide epidemic. In 2019 the Post celebrated 100 years and the Borough dedicated a portion of West Chestnut Avenue as "Corporal Grigg Way". The organization is currently promoting a "Build A Brick - Wall of Honor" at Wellwood Park.
Published in Clubs
Read more...
Tagged under: 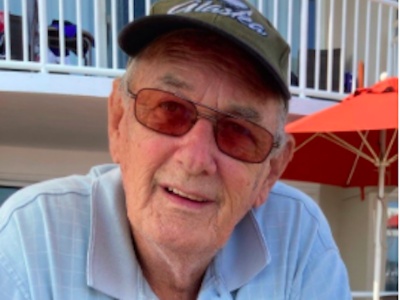 James J. Eichman “Jim”, of Westville, NJ passed away peacefully surrounded by his family on Wednesday February 10, 2021. Jim was a long time member of the Merchantville Fishing Club, a regular at their annual awards banquet and a frequent attendee at most kid events with his grandchildren. According to his obituary, Jim loved all things outdoors, be it fishing and trapping, gardening and hiking, and even metal detecting. He truly loved the outdoors and passed this love of nature off to his children & grandchildren who surely will continue in his footsteps. He leaves behind his wife of 46 years Deborah L. (Marcus) Eichman; children, Jimmy, Kevin (Kelly) and, Lisa Groves (Jeff); and, grandchildren Madeline, Ellie, Hannah, Connor, Claire, Matias and Jocelyn. A great guy who will be missed by all members of the club. 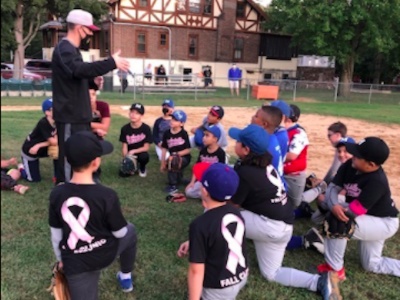 Written by Joan Brennan
Published in:Clubs
The newly formed MPLL's Board Meeting will take place on Thursday, January 21st. This meeting is usually filled with plans for the season including equipment orders, baseball and softball orders, field needs and coaching requests. Everyone is welcome to come and find out how to play a part in MPLL's Spring 2021 Season. Opening day for baseball and softball is scheduled for Saturday, April 16th, 2021. MPLL offers a variety of programs for children beginning with their Tee Ball Program where kids learn to become part of a team and develop the basic skills needed to start this sport. Registration information and up-to-date announcements are available on the Merchantville Pennsauken Little League website. Please message us through Facebook or email This email address is being protected from spambots. You need JavaScript enabled to view it. with any questions.
Published in Clubs
Read more...
Tagged under: 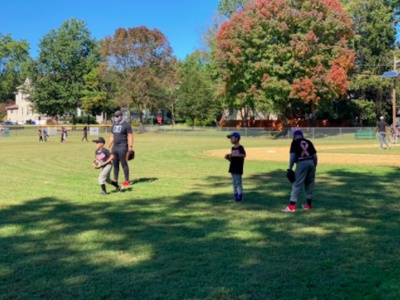 Written by Joan Brennan
Published in:Clubs
As 2020 draws to a close, we at Merchantville Little League (MLL) are looking forward to baseball and softball in 2021! With that, we wanted to take the time to announce some changes in our 2021 Little League season.
Our league has been asked to take back the territory that was once Pennsauken baseball. The territory was served by MLL for the better part of 25 years and returned to Pennsauken baseball when they came back into Little League. As many know, there has not been baseball in Pennsauken for the last two years. Little League has asked that our two leagues find a way to better serve the children who want to play baseball and softball in our two towns. Because of this, we at MLL and Pennsauken Baseball and Softball have voted to merge our two territories and leagues into a single league. This new combined league will serve both towns and surrounding areas with Little League Baseball and Softball. Moving forward our league will be known as Merchantville-Pennsauken Little League.
This merger will allow us to bring back things like Friday Night Baseball and Friday Night Softball! It will also allow for more opportunities to run clinics and camps with our local middle schools and high schools. We are also hoping to bring back Junior and Senior level baseball to our towns, as this part of Little League has been gone from Pennsauken and Merchantville for several years. There are still many familiar faces, from both MLL and Pennsauken Baseball and Softball, working behind the scenes to make this merger go as smoothly as possible. Please be patient with us as we work through new challenges and new scenarios.
As we head into our 2021 registration season, you will see signs in both towns advertising our open registration for Little League Baseball and Softball. For now our website remains the same, as well as our email address. Be sure to continue checking our Facebook page for all the new announcements heading your way about MPLL Baseball and Softball in the coming year! We at MPLL wish you a happy holiday season and hope that you and your families have a wonderful New Year! As always, be sure to register early so as not to miss out on any opportunities in our spring season! Please feel free to reach out with any questions via our Facebook page or through This email address is being protected from spambots. You need JavaScript enabled to view it..
Published in Clubs
Read more...
Tagged under:
Page 1 of 9