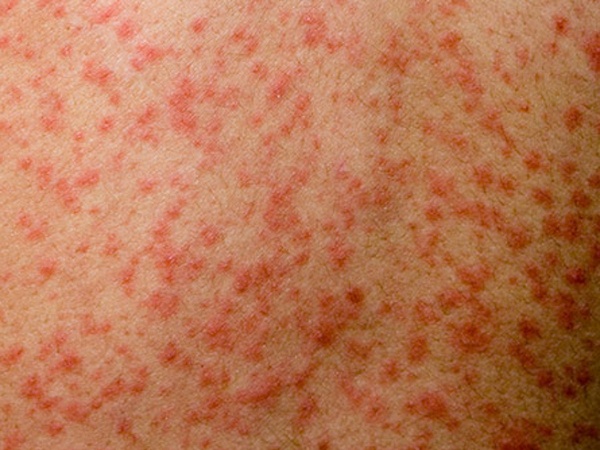 Today the Centers for Disease Control and Prevention (CDC) reports 704 measles cases in 22 states."This is the greatest number of cases reported in the United States since measles was eliminated from this country in 2000," says a CDC statement issued late Wednesday. The agency attributed the high number of cases primarily to a few large outbreaks — one in the state of Washington and two others in New York state. The longer they continue, the greater the chance measles will once again get a foothold in the United States,' said Dr Nancy Messonier. Children younger than 5 years of age and adults older than 20 years of age are more likely to suffer from measles complications. One in 20 children end up with pneumonia and 1 of 1,000 with brain swelling enchephalitis. For every 1,000 children who get measles, one or two will die from it.

Measles is on the rise again, all around the globe and travelers should protect themselves. According to the Centers for Disease Control and Prevention, people who were vaccinated prior to 1968 with an early version of the vaccine, which was made from an inactivated (killed) virus, "should be revaccinated" with at least one dose of live attenuated measles vaccine. Meanwhile, most of the eldest Americans — those born before 1957 — are considered to be protected against measles and don't need a booster, because the virus was so widespread in their youth that nearly everyone was exposed.