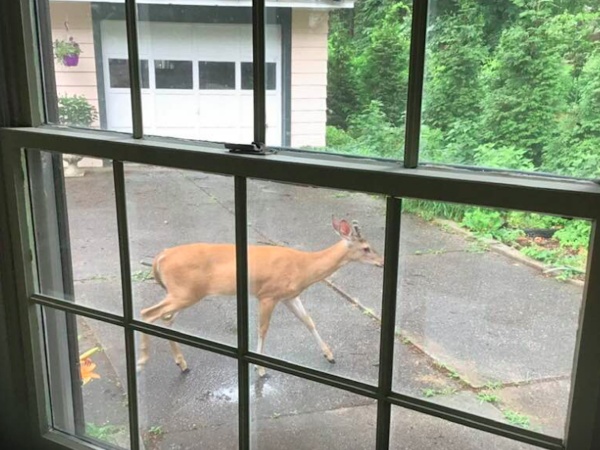 There have been several deer sightings in Merchantville posted on social media during the past few days - Rosemarie Mocrytzki, captured a picture of one in her driveway off Lexington Avenue, and another was photographed crossing St. James and Somerset Avenues by Tim Mentzler. Last October, Marilyn Johnson spotted four deer grazing on Hampton Road across from the Merchantville Country Club, and a month later in her own back yard! NJ says that the deer population has become a public safety problem leading to thousands of car crashes, a public health problem with increasing cases of Lyme disease, and millions of dollars a year in losses for agriculture. Just a head's up to check for ticks and be careful when driving in and around the 'ville.