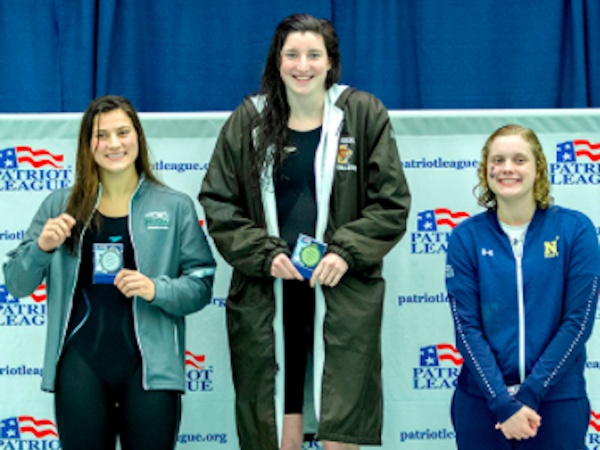 Boston University earned a pair of this week’s Patriot League Men’s and Women’s Swimming and Diving awards when the League office announced winners on Tuesday. Lehigh and Loyola Maryland both received one award. Greyhounds’ junior Jonathan Brooks earned Patriot League Male Swimmer of the Week, while Lehigh senior Ann Foley, from Merchantville, was named female swimmer of the week. Ann notched four wins on the day - two individual and two relays - as the senior was key to the Mountain Hawks' win over Rider, 84-38. She took first in the 100 freestyle (54.31) and the 200 free with a time of 1:57.53. and was a member of the winning 4x50 relay (1:39.95) and 4x100 relay (3:40.91).