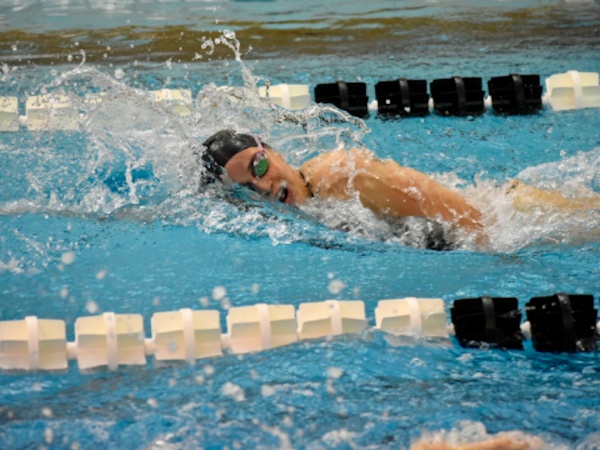 The Lehigh women's swimming and diving team had its best day of the week on Friday at the 2020 Patriot League Championships.The highlight of the day came in the final event for the women on day three, as the 200 freestyle relay group broke a school record. Merchantville resident Ann Foley and teammates Payton Miles, Evie Geiseman and and Olivia Giampetro combined for a second place time of 1:31.29, breaking the previous record of 1:31.41. Starting the day in fifth, Lehigh surged past two teams and ended the final day in third place. Navy men’s and women’s programs were both named 2020 Patriot League Swimming & Diving Champions on Saturday night at the U.S. Naval Academy’s Lejeune Hall, sweeping both categories for the ninth year in a row.The previous record of 1:31.41 was broken by Friday's group. This epic performance gave the Brown and White silver in the event.