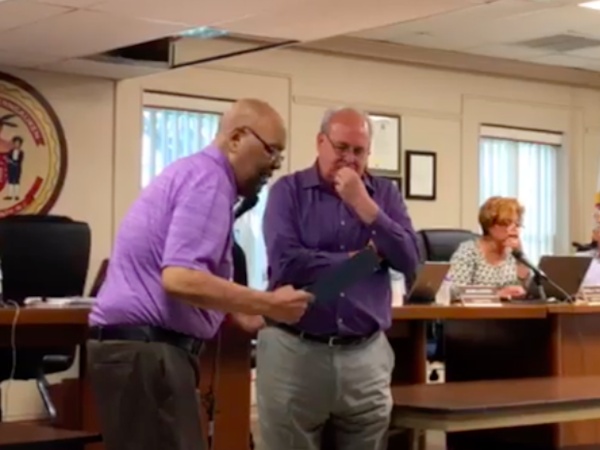 On Thursday, June 20th, Pennsauken Mayor Jack Killion, formally resigned from Township Committee, after 20 years of service, in front of an audience of more than 30 friends, family members, residents and township employees. A proclamation praising his years of commitment to the community and tenacity in tackling issues was read by Committeeman Rick Taylor. The mayor thanked everyone, including former Merchantville mayor, Patrick Brennan, for attending and reminisced about the pleasure these years of service - including many as a coach for P.Y.A.A - have brought him and his family. Killion will also retire at the end of this month as coordinator of buildings and grounds for Pennsauken's school district, where he has worked for 26 and a half years.