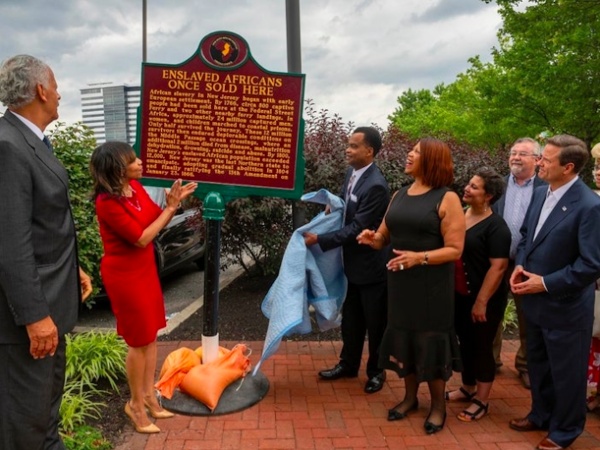 On Monday, June 17th, Camden County, City and State officials joined representatives from across the political spectrum to reflect upon the abhorrent and violent nature of the country’s slave trade. Together with the Camden County Historical Society, the group unveiled the second of three planned historical markers, at the intersection of Delaware Avenue and Federal Street in Camden City, to be installed at former slave auction block sites in Camden City where African slaves were sold during the 1700s. “These markers offer a quiet but constant reminder of the dark and inhumane legacy of slave trading along the Delaware River,” said Merchantville resident and Freeholder Carmen Rodriquez. “My hope is that when people come face-to-face with the reality that this was a practice which took place in their own backyard that they’ll pause to reflect on slavery’s lasting effect on this county and its people.”