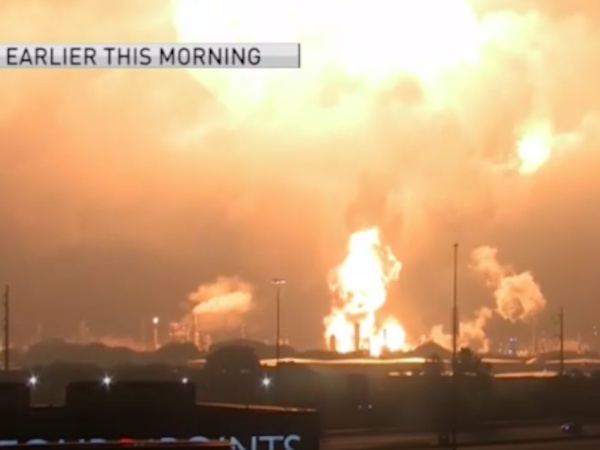 A massive fire has erupted at the Philadelphia Energy Solutions refinery in Southwest Philadelphia shaking nearby homes and sending thick smoke into the air. Homes as far away as South Jersey were rocked by a series of explosions as the blaze, which erupted shortly after 4 a.m., burned. Some residents in Philadelphia said the explosions knocked art off their walls. The fire is contained on the property off Passyunk Avenue of the refinery, fire officials said shortly before 6 a.m. Authorities have not yet said if any workers were injured or not. The site is the PES refinery at 3100 W. Passyunk Avenue, Philadelphia Fire Department is asking residents and businesses east of the fire location in South Philadelphia to shelter-in-place until further notice.