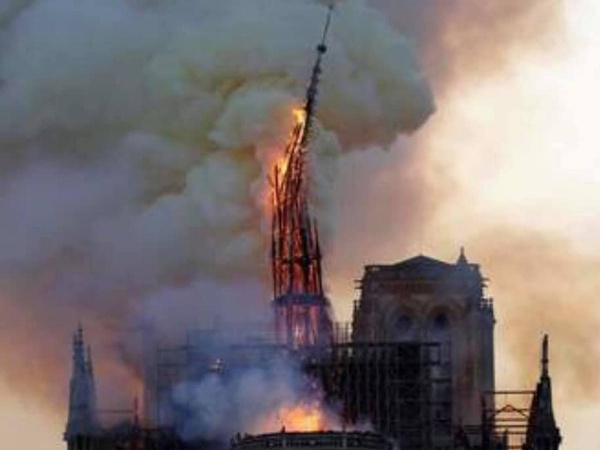 Notre-Dame cathedral, the iconic symbol of the beauty and history of Paris, was scarred by an extensive fire on Monday evening that caused its delicate spire to collapse, bruised the Parisian skies with smoke and further disheartened a city already back on its heels after weeks of violent protests. By late in the evening, firefighters had stopped the blaze’s progression toward the northern belfry, said Gen. Jean-Claude Gallet, the commander of the Paris firefighters. “We can consider that the two towers of Notre-Dame are saved,” he said, adding that two-thirds of the roof had been “destroyed” by the flames. Notre Dame de Paris held a priceless collection of art and relics including the Crown of Thorns (pictured), obtained from the Byzantine Empire in 1238 and brought to Paris by King Louis IX. The cathedral's Great Organ, which dates back to the 13th century and was restored in the early 1990s, is considered the most famous in the world, with 8,000 pipes.