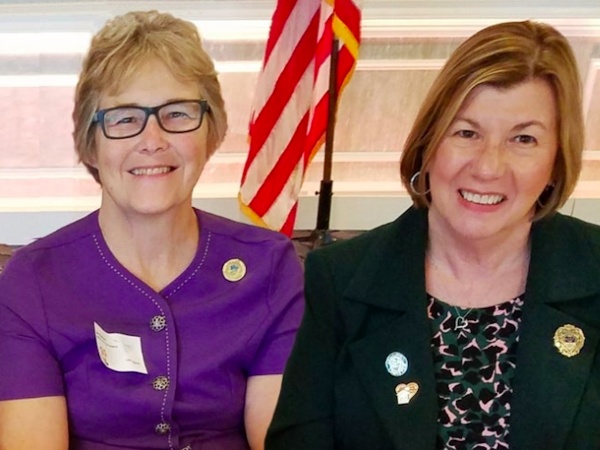 Jan Hanson, member of the Woman's Club of Merchantville, recently became the 57th President of the New Jersey State Federation of Women's Clubs of GFWC, taking over responsibilities from 2018-20 president Mary Wolfe from Vineland. Jan joined the JWCM in 1982 and the Woman's Club of Merchantville in 1994. She served as her club's President as well as a number of district and State Board positions before her election in 2018 as the NJSFWC President-elect. She is a Pennsauken resident and served as past PTA president, as well as, a PYAA girls' basketball, soccer and softball coach. Barbara McCloskey, from the Woman's Club of the Denville-Rockaway, was named second vice-president.