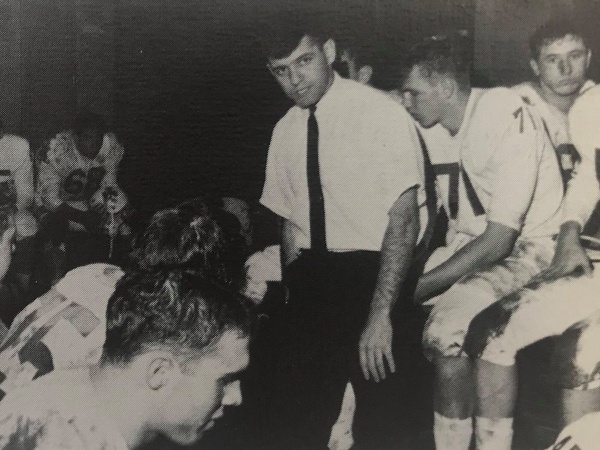 Camden Catholic High School mourns the passing of one of our greatest honorary alumni, Coach Jim Delaney, former football coach and faculty member. Coach Delaney is revered among generations of alumni for his legendary coaching style, mentorship and inspirational leadership. He coached the Irish to 62 wins in a total of 13 seasons and is the all-time leader in football wins for the green and white. His 1966 team went 9-0, winning the SJ Parochial A Title, one of only three undefeated football teams in school history. Delaney also is the only Camden Catholic football coach, other than Tom Kenney, to have five consecutive teams with winning records, and six straight non-losing seasons. His 1979 Parochial A Championship team was recently inducted into the Camden Catholic Hall of Fame on April 14, 2019. At the time of their win in '79, Coach Delaney had remarked "Camden Catholic's Fighting Irish is a prime example of how an impossible task can be accomplished with the effort and determination of the team and the support of the school."