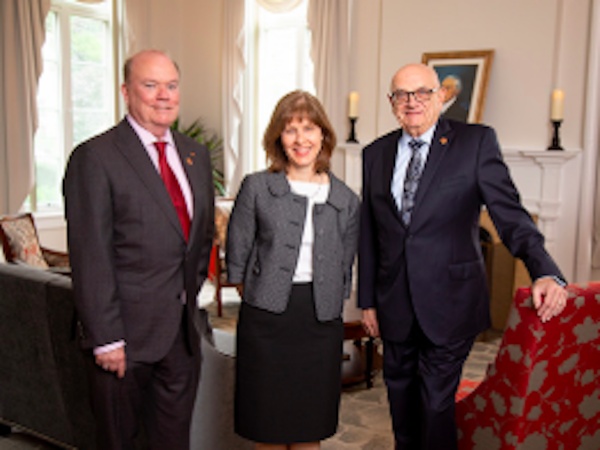 Rutgers University has announced a new endowment called Scarlet Promise Grants. This program grew out of the Task Force on Student Aid and the Task Force on Philanthropy as commissioned by the Rutgers’ Board of Trustees. The student aid task force found that a growing number of students are unable to complete their degrees because of limited resources, while others can graduate but leave college saddled with significant debt. As a result, the board is undertaking several initiatives to address these financial challenges and to seek more significant private support for need-based grants and scholarships. Going forward, the board and Rutgers University Foundation will work to raise $3 million for the endowment within 10 years. The trustee gifts, announced at the board’s meeting on June 20, were made by Mary DiMartino DC’85, chair of the board until June 30, 2019, and her husband, Victor DiMartino CC’82; James Dougherty RC’74, GSNB’75, vice chair of the board; and philanthropy task force chair Ken Johnson ENG’66 and his wife, Jackie Johnson.