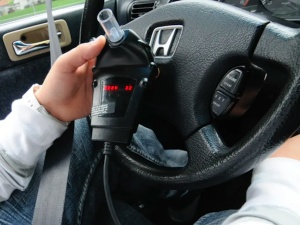 Starting Sunday, December 1st, anyone convicted of DWI in the Garden State, even for a first offense of .05%, which is below the legal limit of .08., will have to install a so-called “ignition interlock device” in their car to prevent them from driving with alcohol on their breath.The law also eliminates license suspensions for first-timers whose blood-alcohol level was only slightly above the legal limit, or between .08 and .10 percent. Up to now, only those convicted of a second DWI offense or more, or first-timers convicted of having a blood-alcohol level above .15 were subject to installation of the locking devices, including the cost of their installation and monthly monitoring charges that could amount to several hundred dollars. The law, signed by Gov. Murphy in August has been hailed by Mothers Against Drunk Drivers and other supporters as a common-sense alternative to mandatory suspensions without ignition lock requirements.