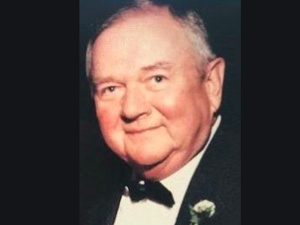 Theodore William Landskroener, a former Navy pilot who owned and operated a successful window and door business in Queen Anne's County for more than 40 years, died May 2, 2020. He was 96. Born in Bethlehem, PA, Ted's family moved to Merchantville, NJ, when the boys were young, and his dad opened the Delmarva Sash & Door Company (DSD) in Barclay in 1942. Predeceased by his two brothers and his wife, Kathy, Ted is survived by his daughter Nancy; sons and daughters-in-law Chris and Marcia, Jim and Diane, David and Sue, and John; nine grandchildren; and five great-grandchildren. In lieu of flowers, the family suggests memorial donations to the Chestertown Volunteer Fire Company. Full obituary.