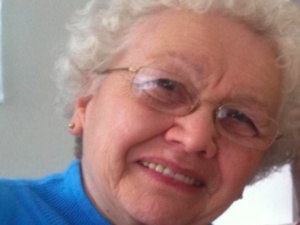 Hope DeSales Caines (DeSales) of Maple Shade, New Jersey, passed away peacefully surrounded by family, at Cooper Hospital on October 23, 2021. She was 90 years old. DeSales was born in Camden, NJ on April 4,1931 and grew up in Pennsauken, NJ and graduated from Merchantville High School, in Merchantville, NJ. In 1949 she met Robert B. Caines and they married on July 8, 1950 and went on to have two children. She work for the Pennsauken School District as an Administrative Secretary and continued there until she retired. She is survived by her son Robert B. Caines Jr. (Patricia) and her daughter DeSales A. Bryson (nee Caines) (Edward). Also survived by five grandchildren and 13 great-grandchildren. Full obituary.

The Pennsauken HS Alumni Association we needs your help. They need basket donations for their Alumni "Let's Bowl for Scholarships" Night, Saturday, March 28th at Pinsetters. If you would like to donate, make a basket or volunteer to help get donations please email us at This email address is being protected from spambots. You need JavaScript enabled to view it.. It's going to be a great night with friends, family, baskets and 50/50 to raise money for scholarships. The event runs from 4:00-7:00 p.m. and includes shoes and 3 hours of bowling. Get your $13 tickets in advance through 3/14/20. After this date the ticket price will be $15. 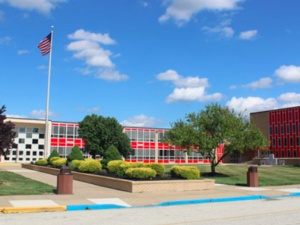 Pennsauken Alumni Day is Saturday, September 21, 2019 from 11:00 a.m. to 5:00 p.m. Field Hockey starts the sporting events off at 9:00 am with Family Fun events start at 11:00 and end at 5:00 to get ready for 6:00 Football Game under lights. Come out and help celebrate 60 years of Pennsauken High School students. We'll have food, fun, campus tours, and lots of memories to share. See your favorite fall sport play and help dedicate the new turf football field with an Alumni Parade under the lights. More info to come so stay tuned to the Pennsauken HS Alumni Association facebook page or the district website. Interested alumni are welcome to join us at the next planning meeting is at 6:30 p.m. on Wednesday, August 7th in the PHS Library.