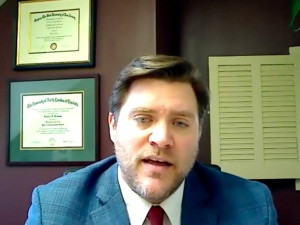 Merchantville Mayor Ted Brennan and Pennsauken Mayor Marco DiBattista were the guest speakers at a virtual meeting of the Pennsauken-Merchantville Area Chamber of Commerce (PMAC), held on Wednesday, March 10, via Zoom at noon. Tim Ellis moderated the event with updates from both municipalities about the past year. Mayor Brennan thanked PMAC and gave an overview on meeting the business challenges, in 2020-21, when most of the borough's resources were allocated to fighting the pandemic at the government level. Merchantville has responded to needs of residents and businesses by reassigning municipal personnel and appointing an Executive Order czar to repackage and disseminate information about federal and state grant and loan funding opportunities through the American Recovery and Reinvestment Act. Mayor Brennan underscored the unique nature and bond between government and businesses, and commended Merchantville's residents for their response and support of businesses during the past 12 months. Mayor Brennan shared the Borough's successful drive to break down digital barriers to get seniors registered and took the opportunity to encourage all to get vaccinated. Mayor Brennan ended his remarks underscoring the promise of 2021 and sharing his desire to capture the potential and energy that an influx of new residents from Philadelphia hold. He also spoke about plans for a less intense redevelopment featuring a pedestrian walkway with arts and entertainment area  connecting Merchantville's multi-use path with anchor businesses like Eclipse Brewing and The Station Coffee. Mayor DiBattista showcased improvements to outside spaces in the township including upgrades to pickle ball courts and a 49th street park. 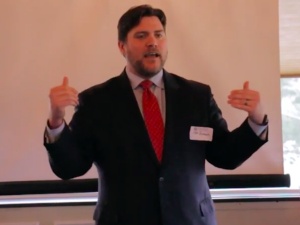 Merchantville Mayor Ted Brennan and Pennsauken Mayor Jack Killion were the guest speakers at the networking luncheon of the Pennsauken-Merchantville Area Chamber of Commerce, held on Wednesday, February 13th, at the Pennsauken Country Club. Mayor Brennan spoke about redevelopment, working to help create opportunities and events for local businesses both towns and the surrounding area. PMAC work as a "team" to help grow our businesses together and better serve our community. Meetings are held every second Wednesday of the month and newcomers are always welcome. In addition to hearing from informative guest speakers, members gain an opportunity to network and create even more opportunities to grow in our great communities.  Sign-in begins at 11:30 a.m. with the meeting starting at noon. Admission is $25 for members, $35 for non-members. Attendees are asked to R.S.V.P. to Nancy Ellis at 856-438-0833 or This email address is being protected from spambots. You need JavaScript enabled to view it.. 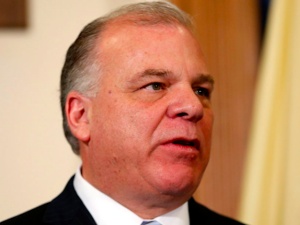 Senate President Steve Sweeney addressed the Pennsauken-Merchantville Area Chamber of Commerce on October 9th about the state of New Jersey, where he spoke of the need for the state to promote economic prosperity, government efficiency and investment in public priorities. PMAC holds a luncheon every month. For October’s luncheon, they invited the Senate President to speak about legislation or policies that will affect the businesses of Pennsauken and Merchantville. Senator Sweeney (D-Gloucester/Salem/Cumberland said that residents need more affordable services, "deserve to see real progress, and now is the time to deliver.” PMAC chair, Matt Gaskill, owner of Gaskill-Brown Funeral Home in Merchantville commented, “Senator Sweeney understands the importance of a thriving business community and how essential that is to the economic growth of surrounding communities."