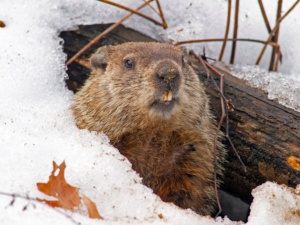 There will be six more weeks of winter, Punxsutawney Phil predicted as he emerged from his burrow on a snowy Tuesday morning to perform his Groundhog Day duties. The furry critter was awakened at 7:25 a.m. at Gobbler’s Knob in Punxsutawney, Pennsylvania, to see whether he would see his shadow or not. Phil saw his shadow - according to his official handlers in the Groundhog Club - which means, according to tradition, we are in for six more weeks of winter.Although the event usually draws an in-person audience of thousands, this year, fans watched virtually as the lovable rodent emerged from his burrow and news outlets reported.  Originating with German settlers, who came to Pennsylvania in the 1700s and brought their seasonal superstitions with them, legend has it that if Phil sees his shadow on February 2nd, the winter chill will continue.